UPDATE: Lincoln County Commissioners facing recall explain their side of the story 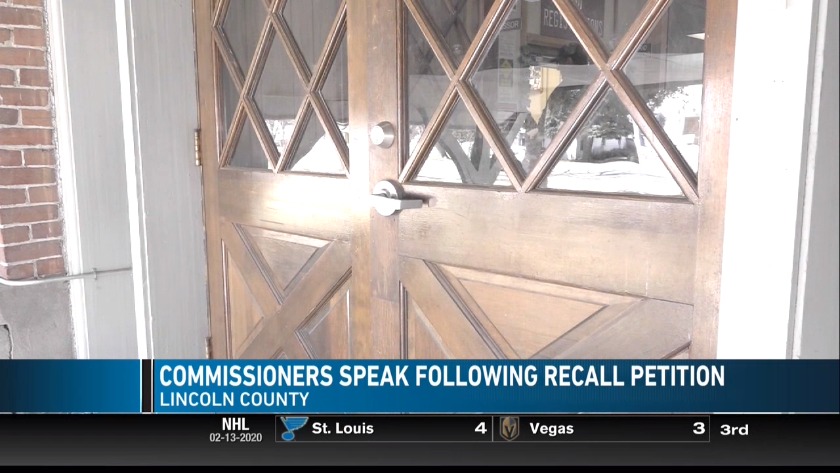 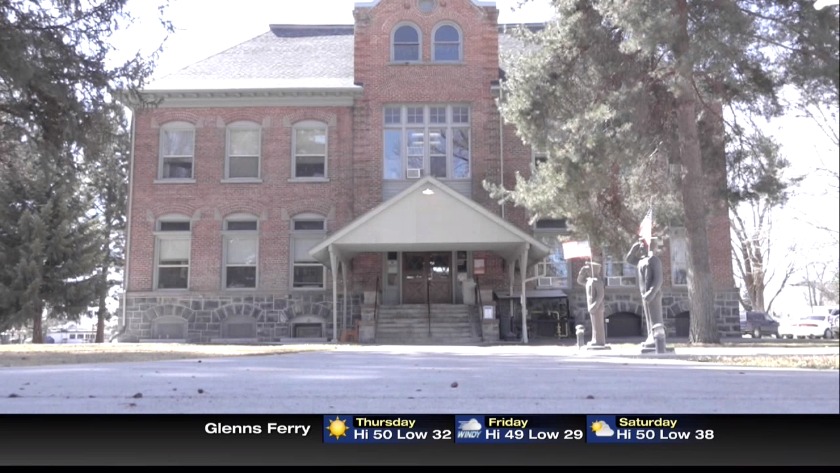 KMVT's Rachel Fabbi sat down with the two Lincoln County Commissioners facing recall, and explained their side of the events

Commissioners Rick Ellis and Roy Hubert are facing a recall petition, after what Lincoln County residents say was a willful disregard for the wishes and desires of the public, as well as deliberately ignoring the results of two public surveys regarding the renovation of the courthouse, which would also make it ADA accessible.

“Last spring they took a survey to see what the community wanted, and the results of the survey showed that they wanted to renovate the existing courthouse and build a new, approximately 12,000 square foot annex,” Ellis stated that same survey showed that residents would support a bond to fund the project. However, come Election Day, “Fifty-one percent showed up to support the bond, and it failed. Because it took a super majority of 67 percent to win.”

Which is how the pair came to the decision to vote to build a new courthouse.

One that would be ADA accessible, explained Commissioner Hubert.

“I feel that a new building, if I were a handicapped person, and was in a wheel chair, and I was in a building with an elevator and was on the top floor, and a fire broke out, and the sign right up by the elevator says, in case of fire do not use the elevator? Uh I would rather be on a single story floor, which had multiple exits that I could get out on,” Hubert stated.

Ellis also explained the comment he made about selling the current courthouse for a dollar.

“What I meant was, we would sell it to whoever could come up with an idea and a plan to renovate the building. We would sell it. I used to dollar figure as just a figure of speech. But if that's what the offer was, I guess that's, we take it. You have to sell it for something. You can't just give it away. So I used that as a point,” Ellis stated.

While they say a new courthouse is a must, that doesn't mean the current one isn't significant to their lives, explained Hubert.

“My mother and father immigrated from Germany. And when we moved to Dietrich, they were naturalized, they received their citizenship in that courthouse,” Hubert stated.

UPDATE (2/13):
KMVT reached out to the commissioners for a response on Wednesday and hadn't heard back by air time. The commissioners are talking with KMVT on Thursday. Watch the 5 and 6 p.m. newscasts. The latest will also be posted on the website when it becomes available.

KMVT's Rachel Fabbi went to Shoshone to talk with a person gathering signatures, and the county clerk to find out what's going on, and the process of it all.

The reason for these petitions?

What residents are calling a "willful disregard for the wishes and desires of the public", and "deliberately ignoring the results of two public surveys regarding the renovation of the courthouse", which would also make it ADA accessible.

Instead, both Ellis and Hubert voted to build a new courthouse at a different location, explained signature gatherer Terry Zech.

"People in Shoshone, Lincoln County, but especially in Shoshone, I don't talk to anybody that doesn't want to keep this courthouse here. People are fired up and adamant," Zech stated.

In fact, while finishing up with Zech, interview, a man approached and asked to sign the petition.

"We need 20 percent of registered voters at the last election. So we need 442 signatures, and we need to actually witness them sign, they need to be notarized, we see them sign, and we're going for a thousand 'cause I think it'll happen," Zech said.

"If they get enough signatures turned in, their deadline is April 22, for it to go on the august ballot. If they get it in earlier than that, if they actually get it in by April 3, it can actually go on the May ballot," Farnworth said.

If it passes, the two will then immediately be out of office.