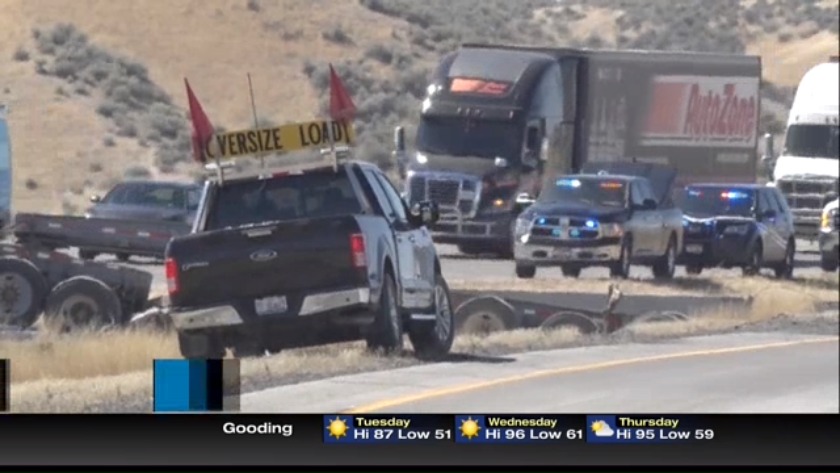 Semi-truck crash reduces traffic on I-84, east of Glenns Ferry

The Elmore County Sheriff’s Office posted a news release late Wednesday afternoon on its Facebook page. The office said a 150-foot semi-truck was traveling westbound on Interstate 84 when the rear steering attachment went into the median for an unknown reason, causing the semi to roll over.

First responders were called at about 2:17 p.m., about six miles east of Glenns Ferry. The semi-truck was hauling a 174,000 I-beam that blocked both east- and westbound fast lanes.

The sheriff’s office and ISP are investigating the crash. ISP’s Commercial Vehicle Services unit was called to the scene to inspect the truck and steering attachment. Currently, the exact cause of the crash is unknown.

INITIAL STORY:
A semi-truck crash on Interstate 84 east of Glenns Ferry is slowing traffic in both directions.

KMVT staff on-scene spoke with an Idaho State Police trooper who said traffic in both direction has been reduced to one lane Tuesday afternoon.

A semi-truck crashed and came to rest across the median with ends in parts of eastbound and westbound lanes, about six miles east of Glenns Ferry.

ISP, Elmore County Sheriff’s Office and Idaho Transportation Department responded. At this time, it appears only one vehicle is involved.

KMVT will update this story when more information becomes available.