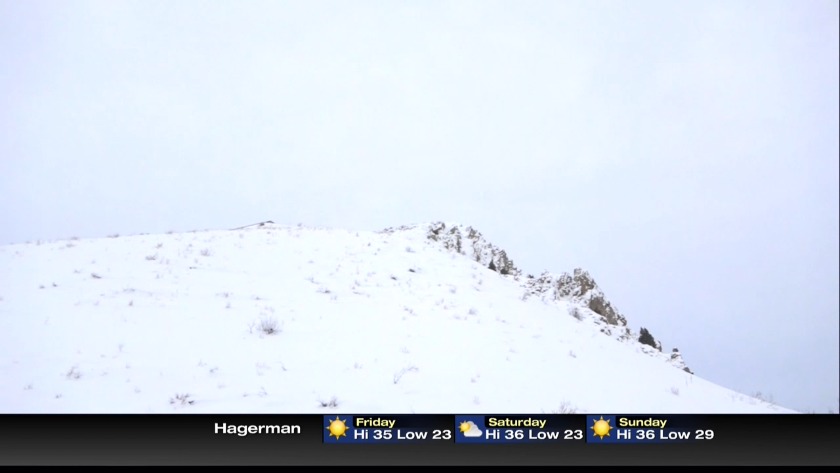 HAILEY, Idaho (KMVT/KSVT) In hopes of preventing tragedies, KMVT reached out to the Sawtooth Avalanche Center on Thursday. We found out how you can prepare yourself for avalanche risks, just by looking at the snow.

So what is the recipe for an avalanche? They tell us it comes down to a steep slope, a slab of snow which is a layer of dense snow, and lastly a layer of weak snow.

As of Thursday, avalanche danger is measured at considerable, but with snow coming in Thursday night, it could change to high for Friday.

Scott Savage the director of the Sawtooth Avalanche center said it might be a good time to take it easy on the slopes for a while.

"Now is not the time to be going out there and skiing or snowmobiling on that pristine really steep slope you have been looking at all year. It's probably best to you know, give it some time, let's go a few days without snow or wind loading," said Savage

A question that the Avalanche center gets all the time is, "Should I just stay home?" Savage answers that question.

"if you just stick to slope less then 30 degrees and don't be below any slopes that are over 30 degrees, that's about the pitch of advanced, intermediate, expert ski runs at a ski area, and you can have a lot of fun on slopes that are less steep than that ."

Savage tells KMVT that Over the last 19 avalanche fatalities in back country areas in Idaho, 18 of them have been snowmobiles or snow bikers, a trend the avalanche center is trying to correct.

"We try to make a big effort to do as many motorized education seminars as we can, working with snowmobile clubs, with dealers, to do basic awareness talks and work on basic avalanche rescue skills."

When it comes to an avalanche, everyone should be concerned for their safety because an avalanche does not care who you are.