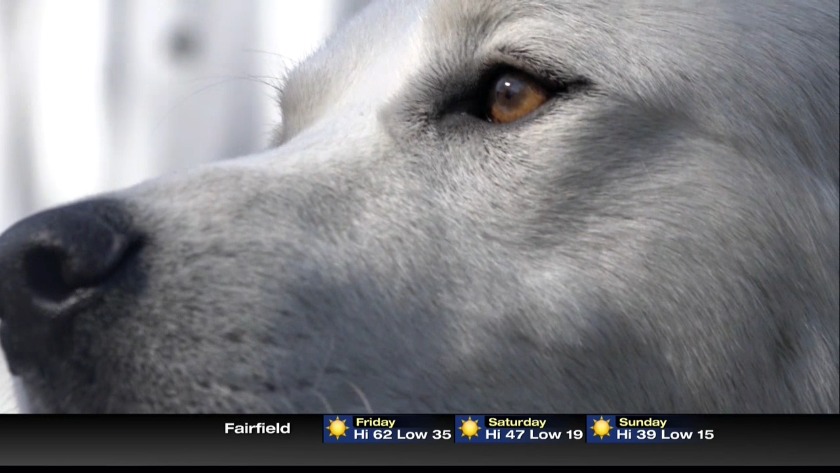 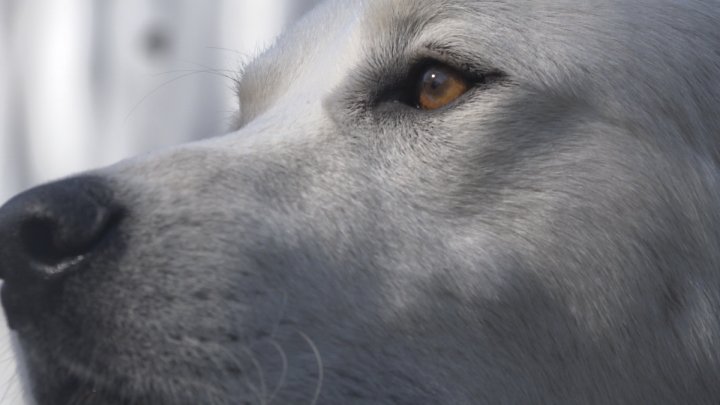 TWIN FALLS, Idaho (KMVT/KSVT) When a dog was found trapped on a southern Idaho cliff earlier this month, Dave Wright and other volunteers from the Friends Furever Animal Rescue answered the call for help.

Community members have rallied behind "Clifford" who had been stuck on the side of a cliff in southern Idaho for at least five days. Rescuers reached the great Pyrenees and he's been recovery at a foster home in Twin Falls (Source: KMVT).

On Sunday, Oct. 13, volunteers loaded up and headed to the Snake River Canyon near Bliss where they found a Great Pyrenees dog believed to have been stuck halfway down the cliff for more than five days.

A nearby neighbor had been trying to provide the dog food and water while it waited to be rescued. Many other agencies declined to participate due to the difficulty in reaching the animal.

Luckily, Wright and some of his volunteers were experienced in rock climbing and felt comfortable enough to get involved. They used a drone to survey the area to see the terrain and map out a route.

The drone flying overhead upset and scared the dog, it can be seen howling in the video.

Richard Jensen has been volunteering with the organization for about three years. He and his wife, Staci, didn't hesitate when they got the call, loaded up gear and headed out to the scene.

"When we saw where the dog was, it kinda changed the game a little bit," Jensen said.

The rescue took about an hour and a half using a two line system to get the dog down. The area was described as a "Class 4 scramble," meaning no ropes were needed and could be accomplished using just hands and feet.

"Once we reached him, we sat up there with him for a little bit to get him used to us, and help him feel more confident," Wright said.

Jensen said most of the time they spent just sitting with the dog, giving him parts of an energy bar and drinks of water, until he had enough trust and energy to come down.

On the way down, Wright cleared the path of debris and loose rock, much of which was decaying. They explained they passed the dog from person to person to get him safely down.

The videos and pictures of the rescue quickly went viral.

The dog was later named Clifford, since he was found on a cliff. He was taken to Windswept Kennels in Jerome to be cleaned up. The next day he went to the veterinarian to be checked out. Clifford has some superficial wounds that he is recovering from, but most importantly he's learning to trust again.

Community members quickly rallied behind Clifford, donating money to the rescue for veterinarian bills and sharing the post in hopes of locating an owner. Clifford is currently recovering at a foster home in Twin Falls. Nearly two weeks after the rescue, no owner has come forward to claim the dog. He's not yet available for adoption.

The Friends Furever Animal Rescue is a nonprofit. They rely heavily on donations and volunteers and even foster parents.

"It does have ultimate rewards and keeps you going even through the stress," Wright said. "Of course the dogs they reward you. They do. I see them being transformed from these terrified, injured, neglected, abused animals into loving wonderful animals and parts of families and stuff."

Wright says if you can donate time or funds, it helps them immensely. They don't have a physical store front, so all of their animals stay with fosters or get boarded, which can become expensive. Even something as simple as transporting a dog from the veterinarian to a foster home can take the burden off someone else.

Angie Summers, another volunteer and foster mom says she has adopted three dogs over the years.

"I can't even imagine not having them," Summers said. "I have a hard time giving them up. I just want them to be loved, happy and have a safe home."

There is no out-of-pocket expense to foster. The organization provides food, bedding and even vet visits.

Most of the volunteers have full-time jobs or pets of their own, but they contribute where they can.

"There is stories that don’t have happy endings," Jensen said. "There’s times we show up a minute too late. But it’s the happy endings is why I do it."