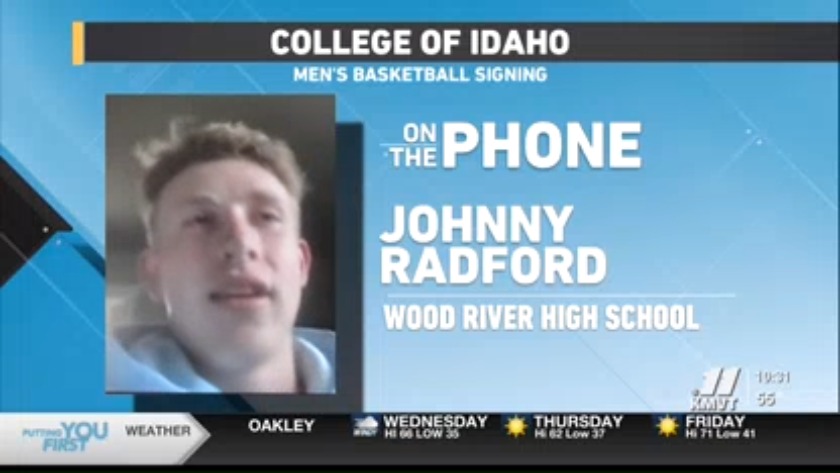 Radford joins C of I hoops

Radford joins C of I hoops

CALDWELL, Idaho (KMVT/KSVT) Three Idahoans and one out of state recruit have signed with the College of Idaho basketball program, including one from Blaine County.

As we told you before, Wood River's Johnny Radford is heading there this fall, after a record-setting career.

He led all 4A players in scoring by averaging 27 points per game and holds three school records; including career scoring with 1,393 points.

He plans to bulk up and put on weight prior to his arrival on campus.

The other two Gem State natives hail from Fruitland and Middleton, Jake O'Neil and Tyler Robinett.

O'Neill is transferring following one season at Boise State playing golf and then Robinett is an incoming freshman.

Meanwhile, the fourth addition is a Division I transfer from Eastern Washington University, in Elijah Jackson.

Radford said, "now that's it's finally official it's cool that i"m going there and to go with the other guys from Idaho, I know them and been talking to them to get our connections and culture going."

He also wants to focus on playing and shooting with confidence.

Radford already plays for some of the Yotes coaches through the select circuit, but hopes to experience a "different level of how they coach me and it would be good to connect with them even more than through select and getting to know them personally.”

He plans to major in history and minor in education with the hopes of becoming a history teacher and coach one day.