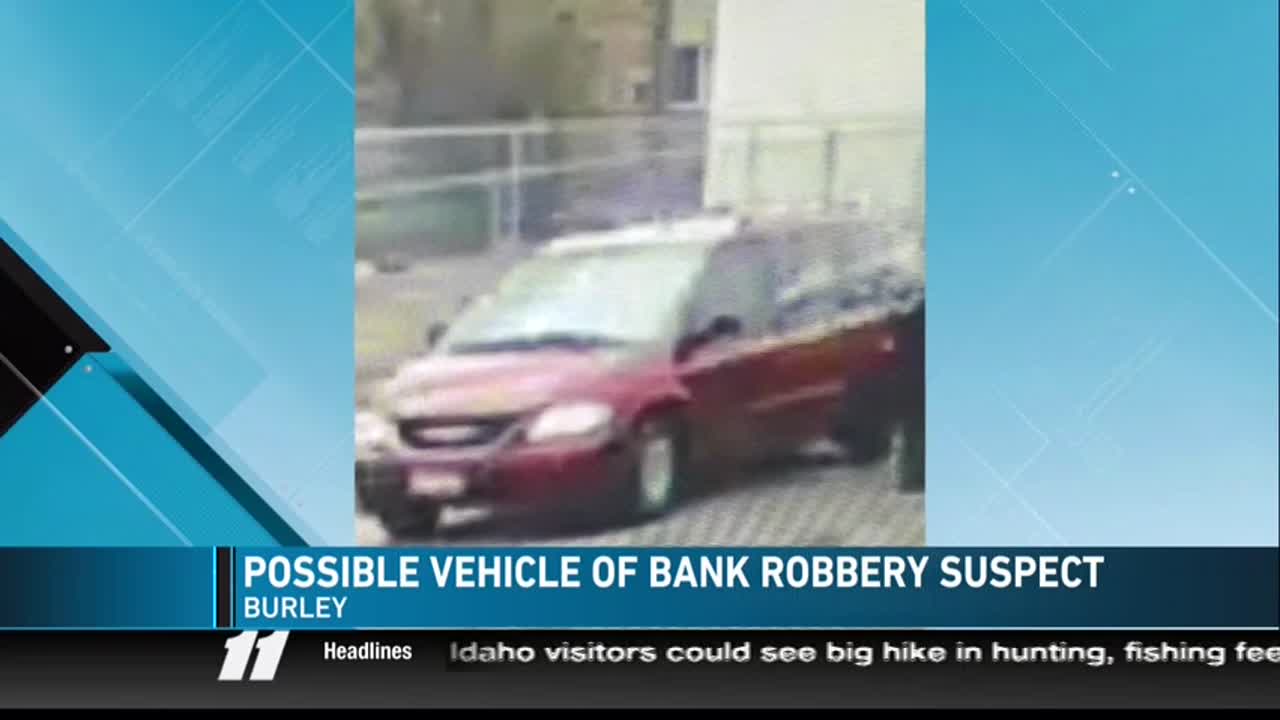 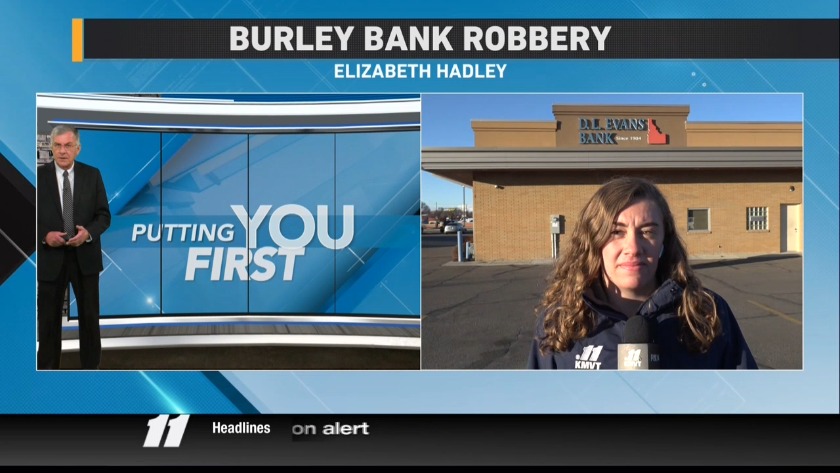 BURLEY, Idaho (KMVT/KSVT) — UPDATE (2/11):
Cassia County Sheriff's Office released a photo of a vehicle of interest in the Monday robbery of a Burley bank.

On Tuesday, the sheriff's office released the photo on Facebook. What appears to be a red or maroon Chrysler minivan has a small spare tire on the rear driver's side.

Monday morning, a suspect robbed a D.L. Evans bank on South Overland Drive in Burley. The suspect fled the bank on foot.

Anyone with information on this incident or the possible identity of the suspect is asked to call the sheriff's office at 208-878-2251 ext. #1.

UPDATE (2/10): A bank robbery in Burley Monday left three schools on soft lock-down, and the suspect still on the loose.

The south Overland branch of the D.L. Evans bank had to shut down Monday, after a man walked in and approached a teller.

"He demanded money from a teller, and he left the bank west bound, excuse me east bank into our residential area," said Jay Heward, the Cassia County Sheriff.

They are not sure how much money was stolen, but they are looking to the community for help tracking him down.

He is described as being mid fifties, shorter in build, he had on a pair of baggy gray sweats, a black high collared shirt, a San Francisco forty nines stocking cap, sun glasses up on the top of the stocking cap and red tennis shoes," said Heward.

The Sheriff department let the Cassia County school district know, as there are three schools near the bank.

"They recommended that we go into lock down at White Pine Elementary, and then after we received a little bit more information, we decided to lock down Dworshak and also Mountain View, so we had three of the elementary schools, the ones that were closest to the bank that was robbed and we stayed in place that way until the police said it was okay to come out," said Jim Shank, the superintendent of Cassia County School District.

Cassia County had a half day Monday, so the lock down didn't last long.

The sheriff is encouraging anyone who knows any information, or sees the suspect to call 9-1-1.

"I urge everyone to take a really hard look at the photograph, witnesses at the scene thought mid-fifties, but with the hat pulled down low like it was, you never know," said Heward.

The Cassia County Sheriff's Office is seeking information on a robbery suspect who demanded money at a Burley bank Monday morning and fled on foot.

The sheriff's office is investigating the situation and said in a news release, a man estimated to be between the ages of 40 and 50 years old went into D.L. Evans Bank on Overland Avenue at about 11:22 a.m. and demanded money. After receiving money, the suspect fled eastbound on foot. Before leaving the building, the man sprayed a substance inside to possibly prevent anyone from following him.

The man is described as white, wearing a dark colored jacket, grey sweatpants, a red and white stocking cap and tennis shoes.

Anyone with information about the incident, is asked to call the Cassia County Sheriff's Office at 208-878-2251 ext. #1.

Cassia County School District said no students were in danger and the front doors of Dworshak and White Pine Elementary schools were locked as a precautionary measure. In a Facebook post, the school district said the students would be kept inside, but safe to go home at the regular early release time.

KMVT will add more information when it becomes available.